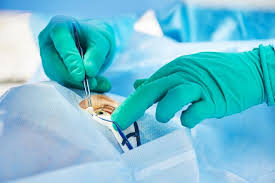 Leukocoria (white pupils). The white reflection in the pupil indicates disorders that may affect various parts of the eye, such as cataracts, retinal detachment and corneal ulcer. In any case, the symptom should prompt one to immediately contact an ophthalmologist;
Ptosis (drooping of one or both eyelids);

Difficulty following moving objects. It can result from astigmatism or other vision problems but sometimes it also derives from disorders of the nervous system; Difficulty in grasping objects. This symptom indicates difficulty in depth perception (stereopsis), which may indicate that one of the two eyes has a disorder.

Depending on when it occurs it can be monocular (it appears when only one eye is open) or binocular (if it disappears by closing one eye). They can result from astigmatism or more serious disorders: it is a warning sign if it occurs together with eye pain, protrusion of the eye or symptoms that indicate neurological disorders (difficulty speaking, dizziness, loss of balance, weakness, incontinence) ;

Proptosis or exophthalmos (protrusion of the eye). This symptom is usually due to Graves’ disease (an autoimmune disease involving hyperthyroidism) or infections. In rare cases, however, it can indicate the presence of hemorrhages, tumors or other rare diseases, so it is important not to underestimate the symptom.

The most common causes are allergies, infections, sty and chalazion (an inflammation that involves the enlargement of a sebaceous gland). You should urge to see a doctor right away when it presents with fever, loss of vision, double vision or proptosis;

However, if it is observed suddenly, it can be a symptom of ocular disorders or pathologies of the nervous system, especially if in conjunction with symptoms such as dropping of the eyelids, double vision, eye pain, headache or loss of vision.

Reduction of the visual field 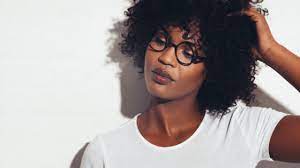 The field of view is the area of ​​the surrounding environment that we can see when we fix a point. If we are no longer able to perceive objects on our extreme right or on our extreme left, it is advisable to book an appointment with an ophthalmologist as soon as possible;

Sudden loss of vision (whether partial or complete). They are usually due to haemorrhages or to blockages of the blood vessels of the retina or the optic nerve; in some cases they may indicate pathologies such as glaucoma, retinal detachment and infections.